Book a discussion session with us to let us know about your requirements.

Remote Work And Tech Salaries in the Era of Coronavirus

The Covid-19 pandemic has rocked the world in numerous and profound ways. An important trend emboldened by the pandemic has been the rise of remote work. A slew of tech companies, from Twitter to Facebook, has announced that employees will be able to continue working from home even after Covid-19.

Adapting to a remote work-based system is complicated. One of the many things companies need to figure out is what to pay remote employers. Some, like Facebook, have announced they will implement localized compensation. In essence, this refers to adjusting a worker’s salary according to where they live.

For now, though, most companies are not implementing localized compensation, which means workers can maximize their earnings if they move to one of several secondary tech hubs in the US. Cities like Austin, Atlanta, Seattle, and Chicago have seen tremendous growth in the tech industry, but the cost of living remains significantly low compared to San Francisco and New York.

Taking advantage of this, many are choosing to move to these cities, where their hard-earned dollars go much further. According to Hired, making $155,000 in San Francisco’s Bay Area is similar to making $224,000 in Austin, Texas. In Denver, Colorado, it equates to making $202,000.

In a survey of more than 2,000 tech professionals, a third of respondents said they’d be happy to take a salary cut if in exchange they were giving work-from-home privileges. In addition, 53 percent said these privileges would make them “likely” or “very likely” to move to a cheaper city, while about half said they’d want to go back to the office “at least once a week” after the pandemic.

With these figures in mind, let’s take a look at some professions in the tech industry and what they can expect to make in a post-pandemic world.

Web developers build websites, including the one that you are reading this article on. With thousands of websites joining the Internet every day, demand for these professionals will continue to grow, even after Covid-19. Like software engineers, these professionals boast skills that can be deployed remotely. The salary depends on experience, with senior web developers earning over $90,000 on average. If you want to know how to become a web developer, visit the Career Karma website.

Another career path with great remote prospects is product design. When it comes to product design in the tech world, we are mainly talking about two roles. A UX designer specializes in the user experience (UX), ensuring that using the product is as easy and intuitive as possible. A UI Designer (UI), on the other hand, focuses on the overall look of the product, making aesthetic choices such as the text font or where to place the buttons on a website. If you want to know more about how to become a web designer, check out the Career Karma website. UX/UI designers earn high salaries. The average salary for a UX/UI designer, according to ZipRecruiter, is almost $90,000 per year.

More and more companies rely on data science to draw insights that allow them to streamline their processes, boost sales, and stay ahead of the competition. Data scientists are in high demand now and will continue to be after the pandemic. With a set of technical skills, these professionals can lend their services from the comfort of their homes or anywhere else where they have a powerful computer and a solid Internet connection. Data scientists earn high salaries. According to ZipRecruiter, the average salary for a data scientist is over $108,971. Entry-level data scientists usually earn more than $95,000 while more experienced professionals can earn as much as $185,500 a year.

As you can see, all these professionals earn handsome salaries. If you are interested in joining the ranks, consider attending a coding Bootcamp. These are short but intensive courses that focus on the skills needed to break into your chosen tech profession. Some of the best ones out there are General Assembly and Springboard.

Outsourcing companies are professional resources that are skilled to operate teams working dependently for you. As the rise of the pandemic in recent few months, unpredictability is one of the most concerns for the companies in the west as many have not got paid and the companies are forced to pay them even though there is a cash crunch by borrowing money from banks to pay out bills.

Companies that have to outsource were better off where they were paying less and were able to get out of the crunch it created in the past few months of lockdown.

How outsourcing companies reduce costs which we will also analyze.

Companies, if planning to outsource their resources and planning on saving plenty of money, then software engineers could be hired at $25,000 – 35,000 per year. If you think this is less yes, it is way less but trust us outsourcing could help hire you a talented skilled software engineer in the price if you outsource.

There is always a way out and this way out is better to commit as we are not sure what is going to happen.

For companies that have felt the crunch, they should evaluate themselves in hiring an outsourcing company.

Get our daily newsletter from WEBNET's Founder mobile is being used for mobile and desktop is going to be used for desktop! 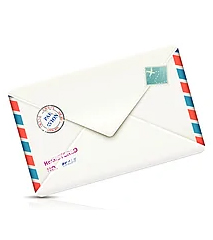